"The heavens declare the glory of God; and the firmament sheweth His handiwork. Day unto day uttereth speech, and night unto night sheweth knowledge. There is no speech or language, where their voice is not heard."  Psalm 192:3

In the creation of all that is, God put in it (all of it) an imprint of the creator, a signature of sorts making it clear about the source of the creation itself. The only creature that even begins to think about denying the creator and denying who the creator is, is man. Just the fact that man has the ability and/or the audacity to deny God is proof itself of God's incredible creation of man. God made man so that in man's mind he could, is he chose to, deny the material world and the maker of the material world, deny the spiritual realm and the maker of the spiritual realm.

Even those who actively attempt to show the non-existence of God reveal God through their intellectual acumen. Every time they add a building block to the house of atheism or agnosticism, they do so using their creators tools; intelligence, language, reason, scientific fact.

There is nothing created (seen or unseen) that does not scream of being created by a loving, organized, intelligent, faithful and patient creator. All of creation cries out to its creator. Man was the only creature made in the image and likeness of God and therefore the only creature with the capability to deny the existence of God. Don't lose too much sleep over those you know that deny God His rightful place in their lives. They are bucking against all of creation.
Posted by Pastor Keith at 8:46 AM 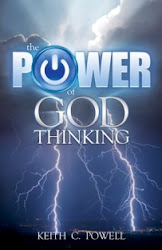